Deprecated function: strpos(): Non-string needles will be interpreted as strings in the future. Use an explicit chr() call to preserve the current behavior in Drupal\search_api\Plugin\views\query\SearchApiQuery->build() (line 436 of profiles/opigno_lms/modules/contrib/search_api/src/Plugin/views/query/SearchApiQuery.php).
INTERVIEW WITH ANDREI MUNTEANU - "INNOVATION, EDUCATION, SCIENCE" 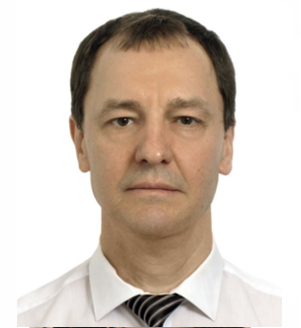 We are marked by the community culture in which we lived. My childhood has formed me in such a way that I wanted to be useful. Useful to people, useful to the society, useful to the country. During my pedagogical practice, going out in front of students as a teacher, I realized that the field of education is my way to be the most useful. Something happened in my conscience that made me realize that I want to stay in the educational system. The first years of my work I taught in a Russian speaking school. It was a complicated period, because there was a lot of controversy about the Romanian language, especially in Russian speaking schools. I think that at that time, I managed to show a behaviour, through which I contributed to the construction and improvement of the social dialogue between ethnic groups.

The teacher invariably plays an important role in the economic development. As long as we continue to approach the teacher more traditionally or on the basis of intuitive politics, instead of approaching the role of the teacher in the interest of society to develop economically, the role of the teacher will remain somewhat distorted. People think that if we are a poor country, then the teacher has no great value in our culture either. This is happening because we have a number of vicious circles in Moldova. I call them that. What do I mean by vicious circuits? Something like stereotypes and mistakes that continue to prevail in the social consciousness, and unfortunately, they make it difficult for us to change our attitude towards education. One of the vicious circles is: "Investment in education is only for the long term." But we, being in crisis, cannot afford to do things that will only add value in the long term. We have to survive today. But examples from other countries show us that investment in education can pay off in the short term. In Canada, for example, the economic return from investment in education has grown by 7% over 3 years. In Ireland, there is a 50% increase over 3 years, and in Israel there is a 100% increase in the rate of return from investment in education over 3 years. So the economic return on investment in education fluctuates, it oscillates like any indicator. If you calculate it, you learn something, you improve the quality of decision-making based on this indicator. Accountants have a saying: what counts can be counted! If education as a social value matters to us, then we have to calculate it. The next vicious circle is that there are too many people with university degrees in Moldova. That is why university education in Moldova is being destroyed! But, for example, Sweden has gone down the path of massification of university education, and I think that now you can see this in their quality of life. Another vicious circle is that the economics of education, as a science, has no connection with international economic relations or international economic integration. So the major problem I see is that this vicious circle is not only destructive but also anti-scientific, for the simple reason that it goes against theories that cannot be questioned. We have no moral right to question multiple logic theory, or to question value chain theory, economic interdependence theory, or synergistic economics theory.

Education matters! We can create the opportunity to push the dynamics in a better direction. If we don't make these changes, I don't see the future of this country, fulll of external debts, with so much inflation, with serious problems in terms of opportunities to promote scientific innovation. But I am optimistic. I believe in the great scientist's idea: poor countries should see the problem first and foremost internally, before looking for excuses in other parts of the world!

The fight for economical sciences is a fight for culture. We have the great Eminescu. We praise him as the great publicist, poet, philosopher. But Eminescu was also a great economist, who said that a condition of the civilization of the state is economic civilization. Investment in education is not just for the long term. It can produce effects in a relatively short period of time, if the education system starts to be managed more competently than before. And in order to start managing the education system more efficiently, we need to start calculating the economic return on investment in education.

I am certain that if Republic of Moldova does succeed as a state, it will succeed only through intellectual growth. And if it does not succeed in intellectual growth, it will not succeed at all. That is why I am very open to continue discussions on educational values in order to be useful and produce beneficial effects both in the educational system and for the well-being of every citizen of Moldova.

You can watch the whole interview with Andrei Munteanu by clicking on the link below: